The childhood of scandinavian painting

Portrait of the Wiik siblings 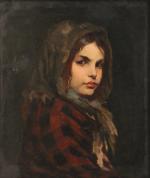 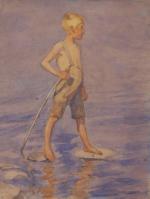 Child at the seaside by Maria Wiik 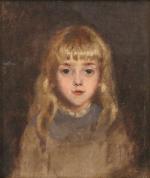 Portrait of a child by Maria Wiik

Child by the fire by Maria Wiik 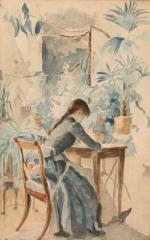 In the office by Maria Wiik

A Women and an artist born in Finland

At a time when art history studies are inviting us to rediscover the careers of women artists, the presentation at public auction of a collection of nine works by Maria Wiik (1853-1928) is an event. These works, and the others that accompany them, have remained in the Wiik family through the descendants of his sister Emilia Wiik. They provide an opportunity both to present the artistic itinerary of a pioneer of Scandinavian painting and to learn more about Finnish art from the end of the nineteenth to the beginning of the twentieth century.

Born in 1853 in Helsinki to Gustava (no. 290) and Jean Johan Erik Wiik (1804-1876), Maria grew up in an environment dominated by the arts, surrounded by her brothers and sisters (no. 291). Her father was an architect and author of the University of the Grand Duchy of Finland building (no. 292), and she developed a taste for the graphic arts. At the age of 21, she took classes at the Helsinki School of Drawing and, at the same time, worked in the private studio of Adolf von Becker (1831-1909).

In 1875, she moved to Paris to continue her education at the Académie Julian. This was the only place where women were taught, and where male models even posed in their underpants, as her fellow student Marie Bashkirtseff recalled. In 1880, when she returned to teach in Helsinki, Maria Wiik exhibited for the first time at the Salon des artistes français. Initially influenced by the realist movement, she then followed in the vein of the symbolist movement of Pierre Puvis de Chavannes (1824-1898), with whom she worked in the Bouvet studio. In 1900, she was awarded a bronze medal at the Universal Exhibition in Paris.

Her portraits forcefully bring out the feelings of her characters, like the portrait of Marietta (n°293). Our painting referenced under number 57 of the catalogue raisonné is a preparatory work for the Marietta painted in the summer of 1880. She presented it at the Paris Salon two years later (n°3924). This painting accompanied her throughout her life, as it did at the many exhibitions she took part in between 1882 and 1924, such as in Moscow and Helsinki. Covered in a scarf and a red and black checkered suit, the young woman with a melancholy look is staring at the viewer, playing on a very strong contrast of the dark background.


Portraits from the 1880’s kept in her family

If her self-portrait (n°294) proposes a similar composition, Maria Wiik also knows how to tenderly capture the gaze and games of children in the countryside and seaside (n°293 to 300). She thus represents with attention the features of her relatives such as her niece Elsa Lindberg (n°296). Her works show an absolute treatment of light, going from a clear and cloudy sky to the grey and dark tones of the waters in which it is reflected. A complete artist, mastering both watercolour and oil painting, she also represents still lifes and landscapes (n°301).

If Maria Wiik is a confidential artist in France, she is among the major Finnish artists. She introduced to her country the Parisian, English and Italian artistic influences that they discovered during her travels in the 1880s, and through copying the works of the masters. The three important biographical studies devoted to her show all the interest of her art and allow us to better envisage the evolution of Scandinavian painting in contact with the European avant-gardes.