From Rubens to Monet, the Itinerary of the 33rd Garden Party Auction 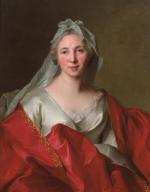 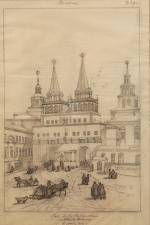 Monet will be surrounded by Old Masters during the next Garden Party auction at the Château of Artigny in the Val de Loire.

The Rouillacs’s sale of Claude Monet’s La Ville de Dieppe will mark the end of one amazing journey and the start of another. Estimated €1.5/2 M, it illustrates Monet’s talent as a landscape artist. In 1940 the painting was chosen to be exhibited at André Weil’s Paris gallery to mark the centenary of Monet’s birth. After a spell in the United States, Switzerland and Japan, it will start a new life in Artigny. Allegory with St. George and the Dragon in a Landscape, from the studio of Peter Paul Rubens (see photo, €60,000/80,000), has also been through impressive adventures.


Stolen by the Nazis

The picture is one of the three known versions of Tribute to England that Rubens painted after his stay there in 1629–1630, when Philip IV of Spain was working to reconcile the two kingdoms. After depicting the River Thames with London in the distance, Rubens decided to widen the view and add some figures, including Charles I in the guise of St. George after slaying the dragon and bringing peace. From Antwerp, he sent the king the original version, today in Windsor Castle. Ours, which is about twenty centimeters bigger (nearly 8 inches), resurfaced in 1843 at the sale of the collection of Alexandre Aguado, Marquis of Las Marismas, patron of the arts, collector, banker and owner of the Château Margaux. Later, it was owned by Napoleon III, who gave it to his physician, Germain Sée (1818–1896). The painting remained in the Sée family until May 8, 1944, when it was looted by the Nazis and sent to Kögl Castle in southern Moravia with other works for Göring and Hitler's collections. After narrowly escaping destruction by fire, Tribute to England was saved by the "Monuments Men", brought back to France in January 1947 and returned to the Sée family three years later. But the story does not stop there. In 1951 at Drouot, a Hungarian collector, Adèle Reymann, acquired the work, which was stolen in 1967. It was found almost miraculously and until now has been in the same family that purchased it at an auction at the Hôtel Meurice in 1976.


Discoveries and Works that Have Never Come Up for Auction

François Boucher’s La Petite Laitière (The Little Milkmaid) is now considered his original version. This beautiful discovery joins Jean-Marc Nattier’s 1734 Portrait of Marie-Geneviève Gaudart de Laverdine (see photo, €100,000/150,000), which has never come up for sale before. Kept in the aristocrat’s family since it was painted, it attests to Nattier’s great skill in the treatment of fabrics and realistic interpretation of his models. In 1729 Marie-Geneviève de Guillebon, born in Berry, married Pierre Gaudart de Laverdine. He came from a great merchant family in Bourges who were companions of Jacques Cœur, treasurers of France and commissioners of roads and bridges.

The sale will also feature old paintings, including Pierre-Hubert Subleyras’ 1738 Portrait présumé de Pierre Jacquet (Presumed Portrait of Pierre Jacquet, €20,000/30,000). Born in Provence, Subleyras went to Rome in 1727 after winning the Grand Prix and stayed there for the rest of his life, painting many portraits of clergymen, including one presumed to be the Minim father Pierre Jacquet (1717–1788), a renowned mathematician and linguist.

The modern painting section boasted an intimate c. 1885 oil-on-canvas by Pierre-Auguste Renoir, Aline et Pierre Renoir dans un jardin (Aline and Pierre Renoir in a Garden), which belongs to what the artist called his “sour” manner because of its acidic colors and to his “Ingresque period” for its forms, whose contours can be made out. It is expected to fetch €150,000/250,000.

The journey will end in Imperial Russia with Prince Anatoly Demidov (1812–1870). A 2017 exhibition at the Russian Orthodox Spiritual and Cultural Center in Paris featured 93 drawings on tracing paper glued to paper (€300,000/500,000) by André Durand depicting a slice of history. The Demidovs, a large Russian family that had made a fortune in mining and smelting, cultivated close ties with France: Nikolai Demidov was the Russian ambassador to Paris during the First Empire. In 1840 his son Anatoly married Princess Mathilde Bonaparte; wanting the French to become better acquainted with Russia, he funded the production of many artworks. In 1839 Demidov sent illustrator and lithographer André Durand on a several-year trek across Russia. The drawings he made were preparatory works for lithographic plates printed in Voyage en Russie (Journey Across Russia) in 1848. Demidov originally had a dedication to Princess Bonaparte on the frontispiece, but changed it after divorcing her in 1847.